Learning to See the Wood for the Trees: Deep Laser Localization in Urban and Natural Environments on a CPU

PCA visualization of the final layer after training. Each sample represents a single 3D segments, coloured by class.

Localization in challenging, natural environments, such as forests or woodlands, is an important capability for many applications from guiding a robot navigating along a forest trail to monitoring vegetation growth with handheld sensors. In this letter, we explore laser-based localization in both urban and natural environments, which is suitable for online applications. We propose a deep learning approach capable of learning meaningful descriptors directly from three-dimensional point clouds by comparing triplets (anchor, positive, and negative examples). The approach learns a feature space representation for a set of segmented point clouds that are matched between a current and previous observations. Our learning method is tailored toward loop closure detection resulting in a small model that can be deployed using only a CPU. The proposed learning method would allow the full pipeline to run on robots with limited computational payloads, such as drones, quadrupeds, or Unmanned Ground Vehicles (UGVs). 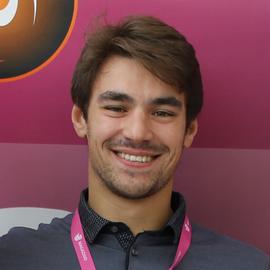 My research interests include computer vision, robotics, and machine learning.